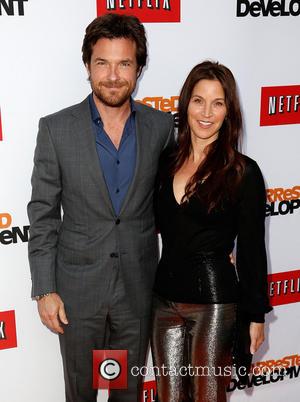 There are a number of reasons for piracy; namely, people can’t afford to pay for premium television subscriptions, or the DVD box sets when they come out. But there’s another reason: the U.S gets licencing for most shows first, meaning that when they come out, usually on a Sunday, the rest of the world downloads it on a Monday after someone with nothing better to do records it and makes it available for file sharing. Michael Cera and Alia Shawkat at the launch of season 4