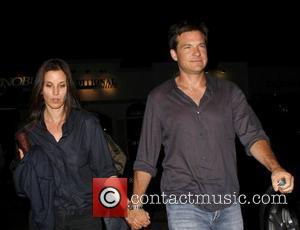 Actor Jason Bateman is so keen to land Jennifer Aniston a role in the upcoming Arrested Development movie, he's asking film bosses to give her a part.
Juno star Bateman is set to reprise his character Michael Bluth in a big screen version of the cult U.S. TV show, which is scheduled to begin shooting later this year (10).
The actor has already starred opposite Aniston in forthcoming romantic comedy The Switch and they are set to reunite to film Horrible Bosses.
Bateman wants to work with the former Friends actress once more on the Arrested Development movie - but he's adamant Aniston will have to work hard to secure a role.
He tells MTV News, "Yeah, actually, there's a real good part for her in the Arrested Development movie. There's no offers on this one. She's gonna have to sing for her supper. I don't know, we'll see if she's available. She's busy. She's pretty famous; I don't know if you've heard of her. She's pretty backed up.
"Hopefully the guy who's in charge will like her for that part because I'm going to suggest her."
And Bateman is reassuring fans the project is almost ready to get underway despite a series of setbacks.
He says, "The truth is that there's really no significant update beyond... what (creator) Mitch Hurwitz said a couple weeks ago, which was he's got half the script written. He's gotta finish the second half and then the studio's gotta love it and the cast's gotta love it and we all have to... have time to do it... (But) it's happening."
The TV show Arrested Development, which also starred Michael Cera, was taken off air in 2006.