Jason Biggs is now a father to a baby boy called Sid Biggs after his wife, and 'My Best Friend's Girl' co-star, Jenny Mollen gave birth this past Saturday (Feb 15th). 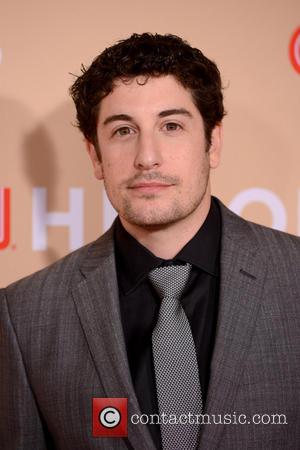 The 35 year-old welcomed a baby boy into the world with his actress wife Jenny Mollen on Saturday (Feb 15th).

Mollen made the announcement herself via her Instagram account after posting several short videos before giving birth, and eventually a photograph of the newly born baby.

"Sid Biggs. Full head of hair, huge penis, 10k twitter followers. #babybiggs," she jokingly posted along with the first photo of the boy.

"Mom is doing great and a fan of dilaudin," captioned a photo of the first time mother.

The couple later added, "We are incredibly grateful to all the nurses and staff at Cedars Sinai! Everybody was top notch :) particularly fond of this resident. #babybiggs."

A video was also uploaded of Biggs congratulating his wife after giving birth, as he can be heard saying, "You did amazing, sweetie. I'm so proud of you. He's beautiful. He's pretty damn cute."

The 34 year-old actress also spoke to Us Weekly shortly after giving birth and announced that "his name is Sid Biggs. He is 8 pounds, 8 ounces and 21.25 inches long."

With the original due date been on Feb 4th, Mullen comically shared her frustration of being pregnant for a longer period of time by tweeting, "I feel like I've been pregnant since the mid 90s."

Mollen and Biggs met while filming 'My Best Friend's Girl', and eventually tied the knot in April 2008, they announced the pregnancy back in July of last year (2013), and this is the first child for either film star.

Congratulations to the first-time parents. Biggs and Mollen welcomed their first child together