Jason Biggs has admitted that both himself and his wife have changed since they welcomed their first son into the world last month, but he thinks there are still more changes to come. 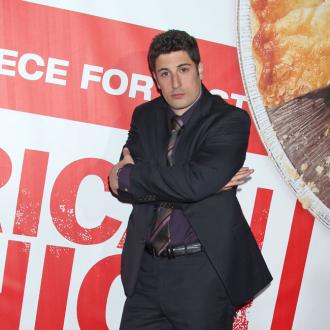 Jason Biggs has changed since the birth of his son.

The 'American Pie' star and his wife Jenny Mollen welcomed their first child, Sid, into the world last month and he claims that having a baby has already made a huge difference to their lives.

He said: ''What I'm learning - and what's interesting - is that my wife has changed completely, and I'm sure that I have too.

The 35-year-old actor and the 34-year-old actress and author have been married for nearly six years and Jason wasn't expecting Sid's birth to affect their marriage so quickly, but thinks that there are even more changes to come in the future.

He told People magazine: ''That change that happens is so tangible. It happens overnight, and it's the craziest thing.

''Otherwise I don't think I've changed, it's too soon. Ask me again in a couple of years when the kid is milking me, and it's just horrible, and he's running around and it's exhausting.''

Jason - who is currently starring in 'Orange Is The New Black' - admitted, however, that having a child hasn't made his made him grow up mentally, as he's still addicted to watching reality TV shows.

He added: ''What I've learned from fatherhood is that having a son cannot, did not, change my love for 'The Bachelor'!

''I thought having a son would make me grow up when it came to my TV viewing habits, but I love 'The Bachelor' even more after having a child.''