Jason Derulo May Have Broken Ex-girlfriend Jordin Sparks' Heart All Over Again After Confessing He Was Never Truly In Love With The Singer. 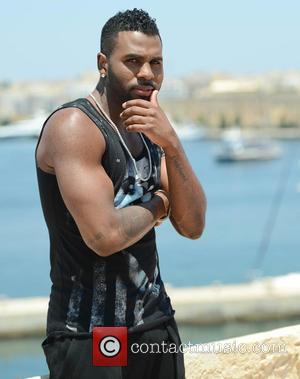 The two 25 year olds ended their longtime romance in September (15) and Sparks has found new love with rapper Sage The Gemini, and now her ex has told DuJour magazine he walked away because he realised he hadn't found true love with Sparks.

The Talk Dirty singer says, "I think everything happens for a reason. I think I was in that relationship for a reason, and I don’t regret anything, but at the same time I know how good it feels to be on my own right now. It’s pretty clear that I’m not ready for that. I’m just not in the right space.

"I think true love can never be broken, so I don’t think that I have found true love."

He previously claimed the pressure of marriage weighed a lot on his decision to end the romance, adding, "There was a lot of arguing and stuff like that... When you stop having more good times than bad times, it’s time to call it quits. It becomes something that is unhealthy."

Meanwhile, earlier this week (beg13Jul15), Sparks told Access Hollywood Live she spent 21 days mourning the end of her romance and then decided it was time to get on with her life.

And now Sparks insists her romance with DeRulo is very much in the past: "It wasn't the right thing for either of us, and sometimes you're in somebody's life to make them better for the next person."