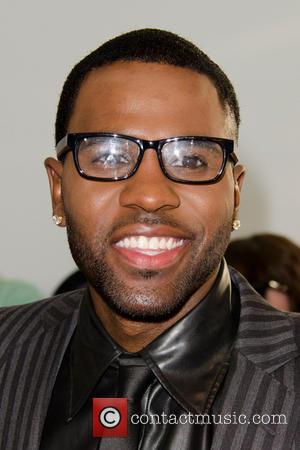 The 24 year old required the assistance of his girlfriend to star in the new music video for a romantic song about marriage and everlasting love. They can't keep their hands off each other as they romp around a bedroom half naked, before a big diamond ring appears, so Derulo can ask the big question.

The sexy video reveals Sparks wearing pink lingerie under a white tank top as she caresses the shirtless and muscular Derulo whilst they are both laid in bed together.

Sparks, 23, tweeted her fans for their opinions of the video, "What do you guys think of @jasonderulo's new vid 4 Marry Me? We had so much fun! S/O 2 @HANNAHLUXDAVIS 4 directing!"

Whereas Derulo was quick to assure everyone, especially his legions of female supporters, that the two are not engaged yet as he tweeted "We shot part of the #MarryMeVideo at @MichaelCFina in NYC.When the times right my ring 4 Jordin MAY look like this :)"

During an interview with Glamour magazine in January the 'Battlefield singer said "Marriage doesn't scare us, but we're not in a rush either." The 'Dirty Talk' singer also discussed the possibility of a wedding on Ryan Seacrest's radio show "it'll happen when the time is right,' he told Ryan Seacrest on his radio show."

'Marry Me' will be featured on Derulo's third studio album 'Tattoos' that hit the stores on September 20th 2013. Does this mean Derulo and Sparks are looking to get married in the near future?