Jason Derulo reaches No.1 in the UK singles charts with 'Talk Dirty', moving Katy Perry's 'Roar' to No.2. 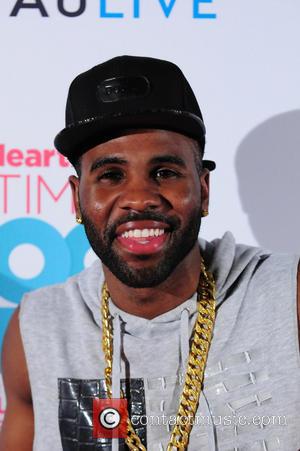 The American R&B singer sold over 160,000 copies this past week and pushed Katy Perry's single to the second position, ending her two week reign on top.

He added "My new album is not even out yet and already making history because of you! Thank you for your continued support, I'm gonna have to move to the UK in a minute!"

The No.1 single features American rapper 2 Chainz and it is the second track off his upcoming 3rd studio album 'Tattoos' which will be released in the UK this Monday. The album's first single , 'The Other side' was released back in June and was denied the top spot by Robin Thicke's summer hit 'Blurred Lines'.

Jessie J's new entry 'It's My Party' reached No.3 while OneRepublic's 'Counting Stars' dropped to the forth position.

the 24 year old took to his twitter account thanking his fans from across the pond- "UK thank u so much!"

Deurlo's third studio album 'Tattoos' will be released in the UK on September 23rd 2013.

The Official UK Top 10 Singles is listed below: