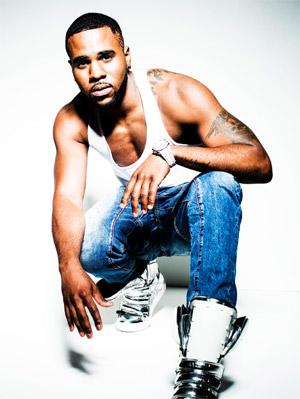 After landing the biggest hit of his career with 'Talk Dirty' which went straight to #1 with first week sales of 160,000, Jason Derulo's new album 'Tattoos' became his biggest album to date. His continuing run of success is now extending to the live arena too with the confirmation of his biggest UKand Ireland tour to date.

The dates - scheduled as below - represent Jason Derulo's first full tour on this shores sinceFebruary 2011. His previous UK tour, planned for February 2012, was cancelled after the serious neck injury that put him out of action for several months:

'Talk Dirty' and the recent single 'The Other Side' have amassed over 55,000 UK radio plays, and both feature on the 'Tattoos' album. Other highlights include 'Vertigo' his collaboration with girlfriendJordin Sparks; the romantic ballad 'Marry Me'; the future pop smash 'Trumpets'; and features fromPitbull and The Game on 'Fire' and 'Side FX' respectively.

'Tattoos' is the latest chapter in a career that has already amassed 26 million single sales and 1.2 million albums. In the UK alone, Jason has twice previously topped the singles chart with 'In My Head' and 'Don't Wanna Go Home', and has also landed seven Top 10 singles.