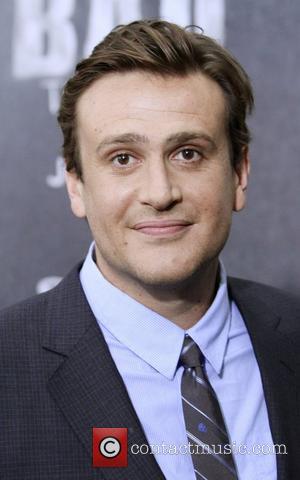 Actor Jason Segel was motivated to lose weight after his publicist secretly snapped unflattering photos of the star during one of his worst moments.
The Forgetting Sarah Marshall actor recently shed 30 pounds (13.6kilograms) after he his pal staged an intervention.
He says, "I shot a movie in New Orleans. New Orleans has like the best food and booze anywhere. And, well, I really took advantage of that... Unfortunately my assistant had a key to my room, in case I overslept. She came in one day to wake me up and she took a bunch of pictures to show me what I had become."
And although Segel was embarrassed by the truth-bearing photos, dropping the weight wasn't exactly a fun experience.
He added, "It's, like, exactly what you think it is and it's horrible. You just, like, exercise and eat less and don't drink very much."
Segel shared one of the personal snaps during his appearance on U.S. programme The Late Show With David Letterman on Thursday (23Jun11), stating, "That's my former stomach."
The photo showed the actor sleeping, surrounded by a pile of Taco Bell (Mexican food chain) wrappers.