Jason Segel has been named Harvard University's Hasty Pudding Man of the Year following in the footsteps of Justin Timberlake and Jay Leno. 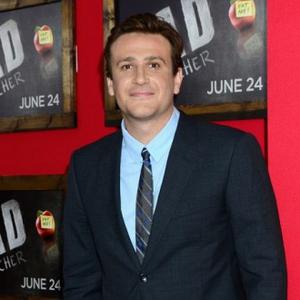 Jason Segel has been named Harvard University's Hasty Pudding Man of the Year.

The 'How I Met Your Mother' actor has been chosen to receive the annual honour by the Hasty Pudding Theatricals group - America's oldest undergraduate drama club - on February 3 during a dinner and comedy roast at the prestigious Massachusetts college.

Tyler B. Faux, the Hasty Pudding Theatricals' press and publicity manager said: "Segel has brilliantly demonstrated his skill as an actor, writer, and producer. With the release of this year's film 'The Muppets,' which he pitched, wrote, and starred in, Segel embodies the spirit of the Hasty Pudding in combining theater, comedy, and music."

Marta Bralic, Man and Woman of the Year manager added: "I admire how much he has been able to accomplish across comedy, writing, songwriting, film, and television. He has had tremendous success and has delighted audiences with his humour and talent, and we cannot wait to honour him."

Jason shot to fame on critically acclaimed TV show 'Freaks and Geeks' before going on to write and star in 'Forgetting Sarah Marshall' and 'The Muppets' movie.

'Homeland's Claire Danes is this year's recipient of the Woman of the Year prize and she will be honoured at a ceremony on Thursday (26.01.12).

Jay Leno was the 2011 Man of the Year while other previous honourees include Justin Timberlake, Clint Eastwood, Tom Cruise and Robert De Niro.