Jason Segel Takes Fan As His Date To Awards 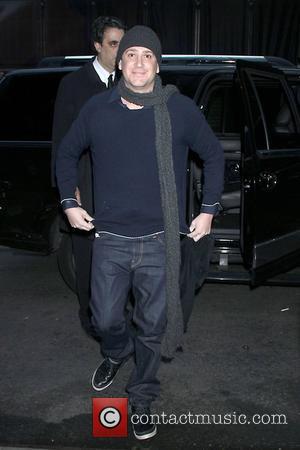 Funnyman Jason Segel rewarded a fan who serenaded him on YouTube.com by taking her as his date to an awards show.
Chelsea Gill became a hit on the web after writing a song for the actor, begging him to "just have a drink with me before this year ends".
In the tune, Gill sings, "Have a drink with me, oh Mr. Segel can't you see/ I'm trying so hard to impress, you're so f**king hot but I digress."
Segel was so impressed with her efforts, he invited Gill and her sister to accompany him to the Chicago Film Critics Association awards in Illinois on Saturday (07Jan12).
The How I Met Your Mother star accepted the Commedia Extraordinaire Award, and he was delighted to share his triumph with his biggest fan.
In posts on Twitter.com, he writes, "I am honoured to get comedian of the year and screenwriter. (Director) Nick Stoller shares this with me. My partner in crime since Sarah Marshall (2008 film Forgetting Sarah Marshall). Chelsea Gill who wrote the awesome song and her twin sister came to the awards tonight. They were the coolest!!"