British Actor Jason Statham Gave His Father The Ultimate Birthday Present By Helping Him Fulfil A Lifelong Dream Of Performing In Las Vegas. 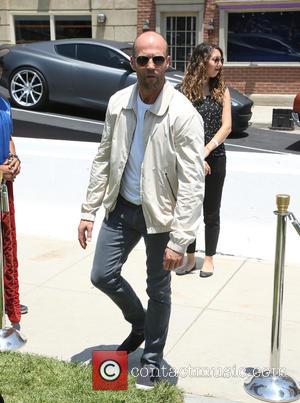 The Expendables star's dad Barry Wild is a keen singer, performing under the name 'Wild Bill' in pubs in his native U.K.

He has always longed to take to the stage in Sin City, so Statham arranged for the wannabe crooner to perform a set at the Paris Las Vegas hotel on Friday (18Sep15) for his 76th birthday.

The actor invited his parents to Vegas for a weekend away, and then surprised Wild with the gig of a lifetime, even mocking up special concert posters which were put on display at the hotel.

Statham tells U.S. newspaper the Las Vegas Sun, "He long ago told me he had a dream that one day he'd make it and sing on the Las Vegas Strip. Then six months ago after years of still singing in out-of-the-way places, he mentioned it once again wondering if he'd ever see his dream come true. He'd kept quiet about it for years, but it nagged at him. He told my mum it was in his brain, and she told me."

Wild adds of his special night, "I never dreamed my dream would come true. Jason never said a word about what he'd planned, so it was a total surprise. I'm now contented and happy that I got what I'd wondered about all my life."

Pictures of the event show Statham watching from the audience with his girlfriend Rosie Huntington-Whiteley.