Jason Statham For Transformer 4 And 5?

Paramount is considering Jason Statham as the man to take on the lead role in the 'Transformers' franchise. 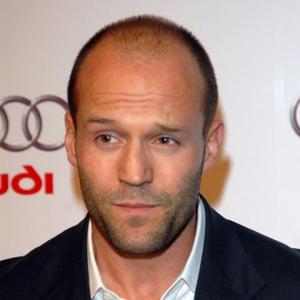 Jason Statham is being considered for a lead role in two future 'Transformers' films.

Plans are already in motion to work on the fourth and fifth movies in the franchise, with toymaker Hasbro in "active discussions" with Paramount, Michael Bay - who has directed all three of the previous movies - and Steven Spielberg about working back-to-back on the next instalments.

With Shia LaBeouf, who played Sam Witwicky in the series, out of the running, Paramount is said to be considering British actor Jason Statham, although a formal offer has yet to be made, Variety reports.

Michael has not yet confirmed he will direct the project, but is said to be interested and currently serving in an executive producer capacity.

Production is set to begin in late 2012 or early 2013, which means he would be able to film his movie 'Pain and Gain' - about competitive body building - first.

The last film in the franchise 'Transformers: Dark of the Moon' - which saw Jason's model girlfriend Rosie Huntington-Whiteley replace Megan Fox as the lead female character - earned $1.1 billion at the international box office, making it the fourth highest grossing film of all time.