Jason Statham looks likely to take on the role of the anonymous protagonist in the Layer Cake sequel Viva La Madness. 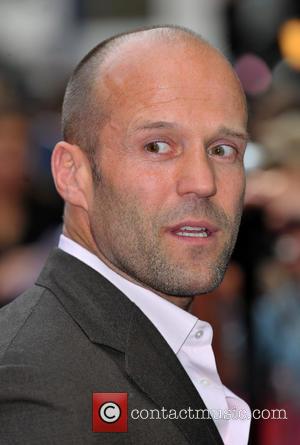 Urgh. We loved Layer Cake. Everyone loved Layer Cake. It was really, really, good and better than Lock Stock and Two Smoking Barrels and Snatch. Now, its memory is in danger of being tarnished by news that Jason Statham and his manager and partner Steve Chasman have acquired the rights to J.J Connolly's novel Viva La Madness - the follow-up to Layer Cake.

According to Deadline.com, Statham will play the Connolly's chief protagonist - who famously remains nameless and was last seen trying to survive a gunshot wound in the thrilling concluding moments of Matthew Vaughn's 2004 movie.

It took Connolly over a decade to continue the tale, with his protagonist winding up on beach looking for an early retirement. Unable to pull himself away from a life of crime, he gets involved with trans-Atlantic drug deals, money laundering and Venezuelan drug cartels.

Statham and Chasman will test the idea that a different actor can play the same character in different movies, though it appears likely that the British action star will replace Craig as the shadowy protagonist.

The first movie - a rubix cube of a movie - followed a nameless go-between (Craig) who buys drugs from underground wholesalers and sells them to street dealers, keeping the system following nicely and making a profit in the proves. It earned strong reviews on both sides of the Atlantic.

"It's a stylish and classic gangster saga about the clashing of rival empires, where the only thing worse than the killer before you is the killer waiting behind him," said the Washington Post.

"The special appeal of Layer Cake derives from its efficient, gripping story and from the personality of the unnamed protagonist," said the San Francisco Chronicle.

Viva La Madness - assuming it retains the title of the book - will be the second movie for Statham and Chasman having recently wrapped up the Simon West-directed Heat, with Sofia Vergara, Milo Ventimiglia and Stanley Tucci.

Statham - who recently wrapped The Expendables 3 - next stars alongside James Franco in Homefront.