Jason Statham would be thrilled if action hero Jackie Chan joined the third instalment of Sylvester Stallone's 'The Expendables' as he thinks the 'Rush Hour' star is the ''real deal''. 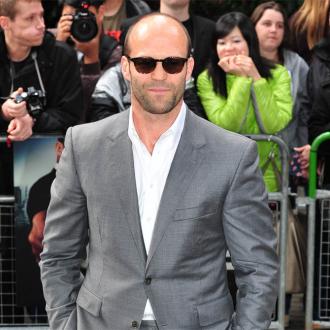 Jason Statham would be ''very happy'' if Jackie Chan joined 'The Expendables 3'.

The 45-year-old actor, who plays Lee Christmas in the popular films, hopes the 'Rush Hour' star will take part in Sylvester Stallone's third instalment of the franchise as he thinks Jackie is the ''real deal'' and loves how dedicated the star is about his stunt work.

He told Total Film magazine: ''Stallone hasn't said anything but I hear rumours. I should never go with rumours because they're often not correct, but I hear Jackie Chan might be coming to the party and that would make me very happy because I do like Jackie Chan.

''I like Jackie because I've been a friend of Jackie's forever. He's broken every bone in his body for his commitment and dedication to doing his own stunts. So he's the real deal. He is the real deal. He's my [favourite]. I like Clint Eastwood as well.''

Jackie, 58, hinted at his involvement in the next chapter last year and revealed he had negotiated a major role in the film.

He said: ''Sly had invited me to be in '[The] Expendables 2' but I was too busy filming 'CZ12' and couldn't make a commitment to the film.

''But he did extend his invitation to the third movie, which I agreed on the condition that I will be appearing as more than just a minor role with a few scenes.''

Talking about his new potential co-stars, Jason added: ''There's a ton. But the thing is, the magic wand comes from Sly. He will either 'yes' you or 'no' you. So yeah, 'Expendables 3'. Here we go. Strap yourselves in!''