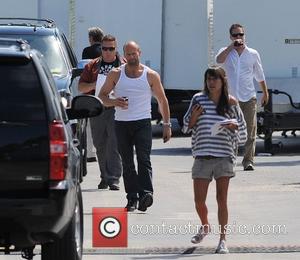 For the most part, U.S. critics are shooting down Killer Elite (no relation to Sam Peckinpah's 1975 film The Killer Elite ), which stars Jason Statham, Robert De Niro and Clive Owen. With such names on the marquee, says Elizabeth Weitzman in the New York Daily News , "we should be able to expect something special. Or at least memorable. Instead, " Killer Elite gives us ordinary." Manohla Dargis in The New York Times ruminates on whether Clive Owen "was in it for the paycheck or is enduring a regrettable career slowdown." Peter Howell in the Toronto Star remarks that the film "doesn't live up to the hype" surrounding the coming-together of the film's stars. "The convoluted movie collapses under the weight of its own clichés," he writes. Kyle Smith in the New York Post , however, gives it a barely passing Grade, calling the plot "near fetched" and remarking curiously "It doesn't care if you like it, which is why I kind of do." Likewise, Roger Moore in the Orlando Sentinel writes unenthusiastically in the Orlando Sentinel that it's "a decent yarn, decently told, a tough guy film built around veteran screen tough guys." And Roger Ebert in the Chicago Sun-Times emerges as the only major critic who apparently enjoyed the movie. "This is actually a pretty good thriller," he writes "based more on character and plot than on action for its own sake."