Jason Sudeikis will play the lead role in Warner Bros' Fletch Won, the first of a planned comedy franchise based on the journalist first made famous on screen by Chevy Chase. The Fletch movies are based on Gregory McDonald's mystery novels and in particular the investigative reporter I.M Fletcher. The first book was written in 1974, with 11 more to follow. The novels gained more exposure after Chase portrayed Fletcher in the 1985 classic movie.

Warners picked up the rights to the project in February 201, though have found it tough going nailing down a decent script. After various writers were scrapped, Anonymous Content scribes Steve Golin and Michael Sugar stepped in to have a go and their draft was given the green-light by executives. According to the Hollywood Reporter, this is when talks began with Jason Sudeikis.

Fletch Won is an origin story described as a "gritty action comedy with heart" and more in line with McDonald's novels than the Chase movies.

Watch Jason Sudeikis and his fiancee Olivia Wilde on the red-carpet:

Sudeikis certainly seems a pretty good choice for Warners. He's a household name in the U.S thanks to his time on Saturday Night Live and his comedies Horrible Bosses, Hall Pass and We're The Millers were all largely successful at the box-office. The drug road movie grossed $270 million. 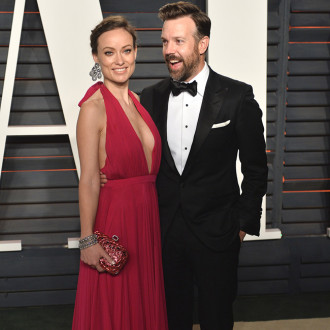