Is 'We're The Millers' Hollywood's Biggest Missed Opportunity of the 21st Century?

We're The Millers is a 'missed opportunity' - but don't tell the studio. 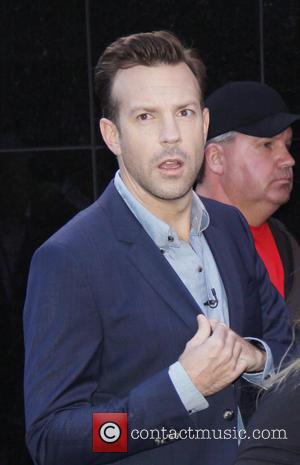 We're The Millers should have been absolutely fantastic. There's no excuse. Let's get the boring stuff out of the way first. The big-budget comedy is directed by Rawson Marshall Thurber - this is the guy who helmed Dodgeball.

It was written by Bob Fisher and Steve Faber - these are the guys who penned Wedding Crashers.

We're The Millers is the story of a small-time pot dealer whose clientele is mainly chefs and soccer moms. However, when he winds up getting jumped by a trio of punks, he's left in a major debt to his supplier (played by the hideously miscast Ed Helms) and is tasked with crossing the Mexican border with a fake family (Jennifer Aniston, Emma Roberts, Will Poulter) to bring back a huge stash of drugs

The movie has been in development for a couple of years now. It was originally announced at New Line, with Steve Buscemi as the pot dealer and Will Arnett in another role, though no further developments were made.

Then, in April 2012, things began to move and New Line were onto a good thing. Bringing in two of the biggest comedy stars in the world - Aniston and Sudeikis - the studio had its movie, later making some shrewd support casting.

Production began in Wilmington, North Carolina on July 23, 2013 and this film had some buzz about it.

It was difficult to even envisage this thing failing. I mean, nobody was expecting The Big Lebowski or Anchorman, but with a team this strong in place, We're the Millers should have been every bit as good as Wedding Crashers. But it isn't.

Laremy Legel of Film.com was one of the first critics to hint at that phrase that studios just hate, "missed opportunity."

"One could make a great movie out of this set-up, though sadly "We're the Millers" doesn't," he said in his review.

Watch a clip from We're The Millers:

"We're The Millers isn't really a bad movie, so much as its inoffensively and instantly forgettable. You will laugh here and there, but you probably won't laugh even more," said Playlist.

"A smarter, more thoughtful comedy could have made something interesting out of this material, but "We're the Millers" takes the easy route," said Newsday.

Watch the We're the Millers trailer:

The real sucker-punch here is that the trailer - released earlier this year - was pretty funny. Will Poulter rapping a word-perfect rendition of TLC's Waterfalls whilst his fake father listened in horror was genuinely funny. Sudeikis' realisation that he had far more drugs to move than initially assumed was pretty funny. It was funny trailer, though we all hoped it hadn't showed its full hand. It hadn't, but it was hiding bad cards.

We're The Millers hits theaters on August 7, 2013. It goes up against Elysium at the box-office.