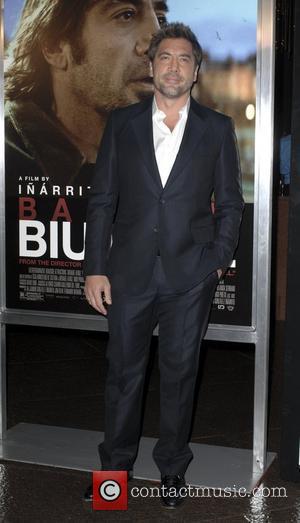 Spanish actor Javier Bardem is ringing in 2011 with a stylish new honour - he's beaten Hollywood hunks George Clooney and Zac Efron to be hailed as the best dressed international star by top men's fashion magazine GQ.
Penelope Cruz's husband was feted by editors of the British version of the publication in its 2011 poll, with Indian-born jewellery designer and actor Waris Ahluwalia and Swedish True Blood hunk Alexander Skarsgard placing second and third, respectively.
Praising the Oscar winner's fashion sense, GQ editors write, "The Spanish actor is the epitome of underplayed style - no wonder he caught Penelope Cruz's attention."
Bollywood icon Shah Rukh Kahn landed at four, while Efron only managed to reach number six and Clooney scrapped into the top 10 at nine.
Supermodel Gisele Bundchen's footballer husband Tom Brady came in at eight.
Meanwhile, Mel Gibson heads up the other end of the spectrum - the Braveheart actor was named the worst-dressed man internationally.
The Karate Kid star Jaden Smith, the 12-year-old son of Will Smith and Jada Pinkett-Smith, and rocker Axl Rose were also criticised for their wardrobe choices.