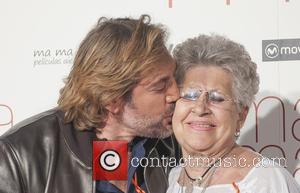 The Watchmen star has become known as Bardem's Hollywood doppelganger over the years as he is often mistaken for the Oscar winner, and Morgan has revealed he once got the No Country For Old Men star into trouble.

Morgan flipped his middle finger to snappers at a red carpet event after they called him 'Javier', and Bardem was blamed for the bad behaviour.

"I get (mistaken for) Javier Bardem a lot," Morgan admits during an appearance on U.S. chat show The Talk. "When he won his Oscar, I had just gotten on Grey's Anatomy about the same time. I went to a party here in New York, and as I was walking the red carpet, the paparazzi just started screaming, 'Javier, Javier!'. And I flipped them off... I was trying to be funny - I don't know if it was construed as funny. But the next day in the New York Daily News or whatever, there was a picture of me flipping the camera off and it said, 'Javier is an a**hole!'"