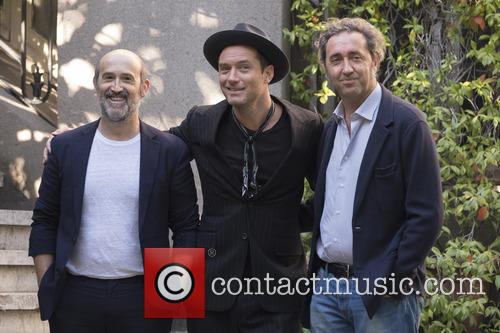 "I'm sorry for everything I said when I left," a pretty young waitress whispers into a pay phone at the back of her restaurant in the opening scene of "Sex and Lucia." Regret and apprehension resonate in her voice. Her body is both tense and tired, not from too little sleep (although that's probably a part of it) but from the fatigue of having strain she can't resolve in a relationship that has been the most important thing in her life.

All of this is evident within seconds of this girl's presence on screen, so it's no wonder the composed yet sensual and expressive Paz Vega won a Goya (Spain's Oscar) for this performance. She goes on to cover a remarkable range of emotion, strength and vulnerability as the lovely Lucia, who by the end of that phone call has sensed desperate despondency in her already deeply-troubled lover. She dashes home to find a disturbing farewell note just as the phone rings with a call from the police expressing regret about an horrible automobile accident....

Lucia hangs up in the middle of the call, hastily packs a backpack and runs away to the only place she can think of that might put her heart at rest -- an island off the coast that Lorenzo (Tristan Ulloa), her lover, had always talked about but never taken her to visit.

"I'm sorry for everything I said when I left," a pretty young waitress whispers into...