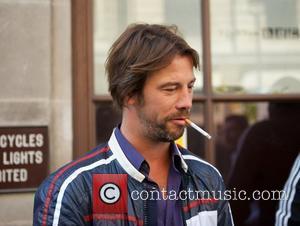 Picture: Jay Kay having a cigarette break after his interview with Vernon Kay outside the BBC Radio One studios London, England - 01.09.10

Reformed rock wildman Jay Kay turned his back on his party lifestyle because he became fed-up with his repeated run-ins with police.
The Jamiroquai frontman has endured numerous brushes with the law since shooting to fame in the 1990s - in 2001, he was charged with assaulting a photographer outside a nightclub, and five years later he was given a police caution over another clash with snappers.
He was also banned from driving for six months in 2004 after he was repeatedly caught speeding in his car at more than 100 miles (160 kilometres) per hour.
But the Space Cowboy hitmaker finally vowed to curb his crazy behaviour when he realised he had become too familiar with the inside of a central London police station.
Kay tells Q magazine, "I'm a good boy now. I got forced into it, really, by our friendly local constabulary. Let's just say that Savile Row police station might as well have the Jay Kay suite. I haven't been out, actually, since the last fracas."
But despite his years of wild living, Kay insists he never succumbed to the rock star stereotype of sprinkling cocaine on his breakfast cereal, adding: "No way. It was never really like that. Some people can hoof it up; I was so hyper that a gram would keep me up for a day and a half so, you know, f**k that..." 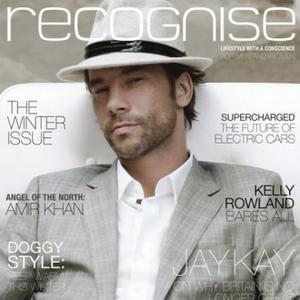