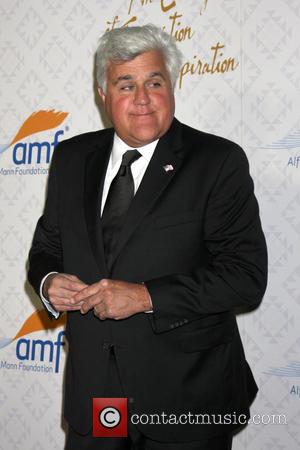 U.S. talk show host Jay Leno has been hit with a bizarre lawsuit from a woman alleging a guest on his programme accused her of bestiality.

The Tonight Show host is entangled in an odd legal battle with Louann Giambattista, a former flight attendant for American Airlines.

In the suit filed in New York City, she claims that in an episode of Leno's show in July (13), he referenced a news report alleging Giambattista was caught smuggling her pet rat onto flights by carrying the rodent in her underwear.

A guest on the show is said to have remarked, "If I were one of those rats, I would've been very upset. I prefer not to sit in cooch" - U.S. slang for a female's private parts.

The suit states, "Leno and his guests falsely accused Ms. Giambattista of engaging in sexual relations with a rat."

The documents state that Giambattista's relationship with her husband, Steven Goldring, has been affected by the incident, insisting they have become "pariahs in their own community".

A spokesperson for The Tonight Show has yet to comment on the lawsuit.

Giambattista, who is also suing American Airlines in a separate lawsuit, is seeking unspecified damages.