Jay Leno made a surprise appearance on ‘The Tonight Show Starring Jimmy Fallon’ on Tuesday evening, tagging in for the host during his opening monologue. Leno retired as host of the ‘Tonight Show’ in February 2014, with Fallon then taking over and bringing the series back to New York. 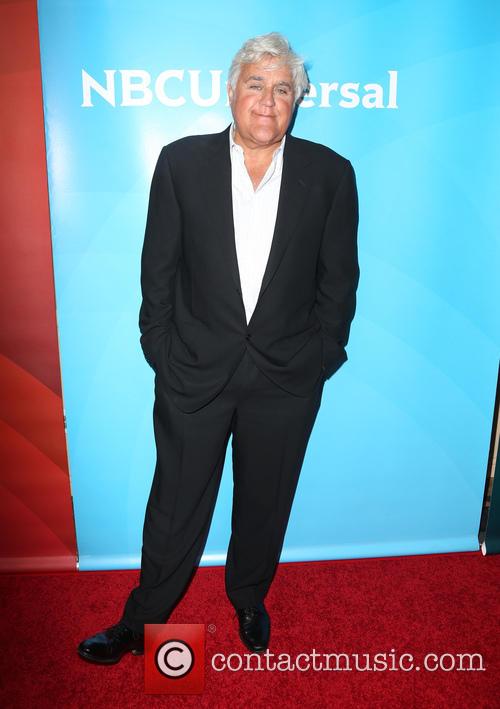 Jay Leno dropped by ‘The Tonight Show’ on Tuesday.

During his opening monologue Fallon pretended to be injured and asked for someone to ‘tag in’ and take his place. Fallon’s call was then answered by none other than Jay Leno, who came complete with a ream of material based on the 2016 presidential race.

"The election is getting nasty. See, this Ralph Nader called Hillary Clinton a 'corporatist' and a 'militarist.' Isn't that unbelievable? Ralph Nader is still alive," Leno said. "Hillary Clinton is not the only Democrat running. Martin O'Malley, the ex-governor of Maryland—do you know him?

“He's running for president. See, look! Nobody knows him. He's 2 percent in the polls—2 percent! He's been in the race for eight months and he's only tied with low-fat milk. That's not good,” the former host added.

Of course Leno could not resist taking a shot at Republican candidate Donald Trump and his infamous hair. “You know, a lot of people think that when the Republican feud begins to clear, it'll be between Jeb Bush and Donald Trump—kind of like the race between the tortoise and the bad ‘hair,’” Leno joked.

Fallon then returned to pair up with Leno as the pair exchanged jokes about the US economy. “The economy is so bad in California, in Beverly Hills parents are being forced to raise their own children. That never happens!" Leno said.

More: Jay Leno Is Heading Back To TV To Host A New Show On His Favourite Subject…Cars!

While Fallon fired back, ”It is so bad in Seattle I saw a guy panhandling in front of a Starbucks just to pay for his Starbucks…It is so bad even the Kardashians are losing their ass!”

After taking it easy following his retirement from ‘The Tonight Show’, Leno is gearing up to return to TV for his new CNBC series ‘Jay Leno’s Garage’. The series, which explores the comedian’s famous fascination with cars, debuts on October 7th at 10pm.