In CBS' '60 Minutes', Jay Leno looks back on his illustrious career and reveals he will never do a talk-show again, "You can't really do something like this again." 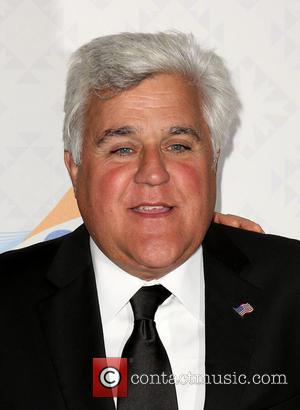 Jay Leno recently took part in a farewell interview for CBS' '60 Minutes', and got candid about the truths of show business and his thoughts on his replacement host, Jimmy Fallon.

In the hour long discussion, hosted by Steve Kroft and aired on Sunday night (Jan 26th), the 64 year-old had a few choice words for any hopefuls who want to make it in a tough and ruthless industry.

"I always tell new people in show business, 'Look, show business pays you a lot of money because eventually you're going to get screwed," Leno said.

"And when you get screwed, you will have this pile of money off to the side..That's the way it works."

Jay's career as a late night television talk-show host has spanned over 22 years and will come to an end on February 6th when 'The Tonight Show With Jay Leno' will air its last episode.

However, Leno is satisfied with his replacement, funnyman Jimmy Fallon, and realizes the 39 year-old will have a better all-round grasp on current news and gossip in the entertainment industry.

Leno admits, "It feels right. You get to a certain age and you're the old guy. For me to be talking about rap music and things that seems a bit silly."

Adding, "Plus, [new "Tonight" host] Jimmy (Fallon) is 24 years younger than I am. When I see him doing duets with Justin Timberlake and things like that, I can't do that. That's not what I do."

It is hard to say if this will be the last the television audience sees of Mr Leno, but it will definitely be the final time he will host a talk-show.

"You can't really do something like this again," said Leno, when looking back on his career. "Because if you're not No. 1, you'll get 'Oh, Jay sucks, he's not No. 1.' And once you do this, you don't really want to do "The Tonight Show Lite."