Jimmy Kimmel may have ended his public feud with Jay Leno, which began after the Conan O'Brien incident, after he sent a congratulatory tweet to the departing talk-show host. 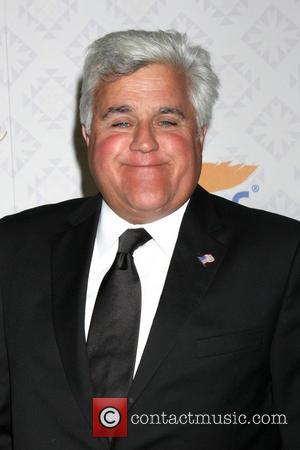 Jimmy Kimmel hasn't always been a fan of fellow talk-show host Jay Leno, but he just could not deny the remarkable 20 year run his competitor has had at No.1.

Just hours before Leno will air his final episode of his NBC late-night talk show, Kimmel tweeted, "Issues aside, 20 years at #1 is a remarkable achievement. Congratulations and best wishes to @jayleno on an incredible run."

But given the murky history between the pair, will Leno appreciate his remark?

It was only last year in February when Kimmel said in an interview with Playboy, "I always feel bad if I hurt anybody's feelings, but I don't believe Jay Leno has actual feelings, and he doesn't seem to be that worried about other people's feelings."

The ABC host also blasted Leno in a Rolling Stone interview from Janruary of last year, saying, "As a comedian, you can't not have disdain for what he's done," referring to drama with fellow late-night hosts David Letterman and Conan O'Brien. "He totally sold out. He was a master chef who opened a Burger King."

Their feud began in 2010 when Leno briefly stepped down as the 'Tonight Show' host and was replaced by Conan O'Brien.

Leno quickly returned to the position and kicked O'Brien to the curb, Kimmel did not appreciate this and devoted an entire show to mocking the 63 year-old.

Following this, Leno invited Kimmel onto the show, which may have been a big mistake, as an awkward exchange occurred which was just hard to watch.

"What's the best prank you ever pulled?" Leno asked Kimmel.

"I think the best prank I ever pulled was, I told a guy that five years from now I'm gonna give you my show, and then when the five years came, I gave it to him and then I took it back almost instantly," Kimmel said referring to Conan O'Brien.

"It was hilarious," the comedian added. "I think he works at Fox or something now." Kimmel has put aside his feud with Leno