1939 Jay-Z Look-Alike Emerges: HOW HAS THIS HAPPENED? 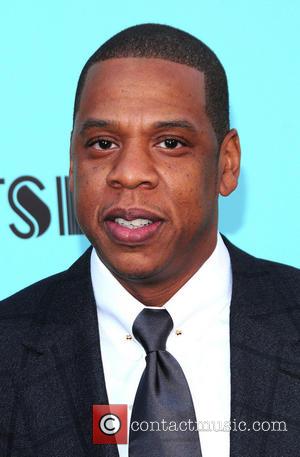 A 1939 Jay-Z look-alike photograph has emerged depicting someone who looks incredibly like the hip-hop icon leaning on a railing in New York while staring directly at the camera. The resemblance is uncanny - in fact, it basically is Jay-Z, which has left many fans suspicious of the photograph's provenance.

It was posted by the Schomburg Center for Research in Black Culture on the New York Public Library's Facebook page this week, with curators noticing the 1939 photograph of a man in Harlem after rooting through boxes of old photographers. The black-and-white snap, taken by a man named Sid Grossman, also features another man who looks ridiculously like Kanye West.

"I was immediately struck by the similarity to Jay-Z and actually laughed out loud," said Sylviane A. Diouf, Schomburg's Curator of Digital Collections. "I still hope somebody will tell us who that young man really was." The extreme likeness has left many concluding one of two things; either Jay-Z is a time-traveler or the man in the photographer is an ancestor of the hip-hop mogul. As far as we're concerned, those are the only two possible explanations for the image.

A similar photograph that emerged last year showed a man in the 1870's who bore a striking resemblance to Hollywood actor Nicolas Cage. It appeared on eBay under the headline "Nicolas Cage is a Vampire," though the actor refuted the speculation during an appearance on the David Letterman show. "There is a resemblance, but, how can I be polite about this. It's a slowed down version of me."