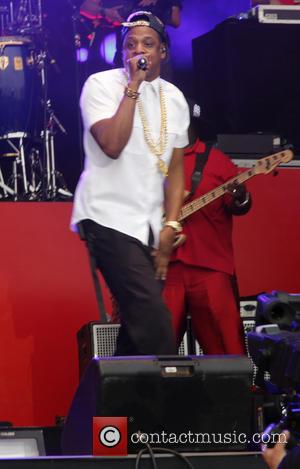 Superstars Jay Z and Justin Timberlake turned up the heat in New York on Friday (19Jul13) by bringing out Alicia Keys and Timbaland to join them onstage during their joint concert.

The Suit & Tie hitmakers, who are currently touring North America as the Legends of the Summer, had two special guests lined up for the Yankee Stadium gig with Jay Z sending the audience into a screaming frenzy as he welcomed Keys to perform their chart smash hit, Empire State of Mind, in their hometown.

Timberlake also got into the Big Apple spirit by belting out a rendition of Frank Sinatra's city anthem New York, New York and he further delighted fans by introducing his longtime producer Timbaland into the spotlight for SexyBack.

Keys' husband Swizz Beatz, another of Jay Z's frequent collaborators, was also in attendance at Yankee Stadium, but he remained backstage and shared a Twitter.com photo of the couple after the show, alongside the message, "Date Nite NYC Yankee stadium we out cheaaaa (here) (sic)".

Friday night's concert wasn't the first to feature a surprise guest - Rihanna made an appearance at the London kick-off for the Legends of the Summer tour last weekend (14Jul13) to perform Run This Town with the hip-hop mogul during the Wireless Festival.