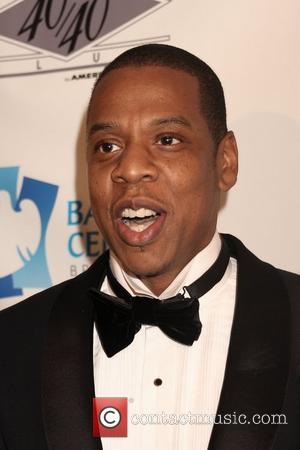 Are Jay Z’s Illuminati links true? Life is pretty sweet for the multi-million selling rapper, successful entrepreneur and husband of one of pop’s most successful woman, Beyonce. Jay Z’s net worth is getting up towards $500 million, the positivity of his press is at an all-time high, this is a man who's getting richer and more popular as life goes on. Things seem sweet, alright – but are they too sweet? When the rapper turned up to the Grammys wearing a great big diamond ring that, according to the site Media Take Out, bore all the hallmarks of designs worn by those in the Illuminati, alarm bells started ringing – or at least they did for the tin hat wearers and conspiracy nuts.

Just in case you weren’t aware of what the Illuminati was for some reason, it’s generally regarded as a secret society that for a long time has called the shots of what goes on in the world – no matter what appears to be going on on the surface. Jay Z is far from the only celebrity to have been linked with the supposedly ancient organization, in fact it seems that many are viewed as making their way to the top with a helping hand along the way. Just last year Ke$ha’s Die Young video was purported to have contained Illuminati imagery, with the star dancing around it. Russell Simmons is another character who last year was challenged on whether he was in the secret society. His reply to TMZ - "Are you kidding me? I'm a grown f*cking man!" – should have shut the doubters up. Except no one who was actually in The Illuminati would admit they were in it of course! You can see how the cycle goes, and how people are aligned to it by others whether it’s real or not.

Ke$ha's 'Die Young' - is she in the illuminati?

In the case of Jay Z, he’s long been suspected of being involved in some sort of organization. Check out the video with one-time Hova mentor Jaz-O. There’s been Jaz-O Jay Z beef for some time in fairness, so we can well imagine he wouldn’t waste any time in throwing a few barbs Hova’s way. Nevertheless, Jaz-O lists Jay Z as a member of a secret organization, as well as claiming that he’s gay. Other things that point to the star being among The Illuminati include things like lyrics references in songs; website The Doggstar points out, for instance, that lyrics in Jay Z’s hit ‘Run This Town’ (featuring another supposed Illuminati member Rihanna) makes references to the “five percenters” i.e those who have the inner knowledge of the world, those that are in the inner circle of society. It’s claimed that Jay Z’s use of the phrase “peace God” in this song is a greeting made by those in the ‘five percent’ to one another.

However, if Jay Z is using this apparent jargon, and flashing things such as the diamond ring he wore on Sunday night at the Grammys, doesn’t that suggest that he is not a member? Because as Russell Simmons showed us, admitting you’re a member is an absolute no-no, and such a brazen use of the imagery would surely be against Illuminati laws. No, we think that it seems that, if anything, Jay is just fascinated in the myth and mystery of such groups, just like everyone else. And who knows, they may not even be real.

Jay'z Run This Town - a sure sign that he's in the illuminati?

Jay Z Urged Amy Winehouse To Stay With Him And Beyonce