Beyoncé is feeling 'lonely' in Los Angeles after relocating from New York with her husband Jay Z and their daughter Blue Ivy. 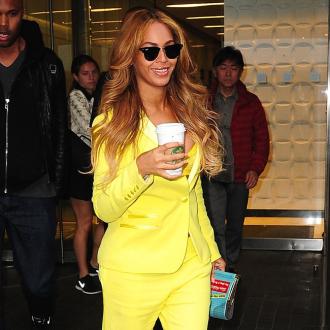 Beyoncé is ''lonely'' in Los Angeles.

The 'Drunk in Love' hitmaker recently relocated to the Holmby Hills with husband Jay Z and three-year-old daughter Blue Ivy but is reportedly feeling homesick for New York City, where she had lived for several years.

A source close to Beyoncé said: ''She quickly soured on LA. She thinks it lacks the culture of New York City and just doesn't have as many friends there.''

However, the 33-year-old star has been unable to sway her husband, who is really enjoying living on the west coast.

The insider told In Touch Weekly magazine: ''Jay's been in heaven. He's meeting lots of tech gurus and venture capitalists and working on expanding into Hollywood with producing projects.''

The couple, who are leasing their home in California, recently purchased a $2.6 million mansion in New Orleans, Louisiana, where Beyoncé's sister Solange Knowles is based.

The source said: ''She wants a clean break and a fresh start in New Orleans.''

The singer decided to move to LA after her friend Gwyneth Paltrow convinced her it was a better place to raise children.

A source previously said: ''Gwyneth was telling Jay and Bey about the quality of life for her kids in LA and really swayed Beyoncé and Jay to make the move. It's all for Blue Ivy.''