Beyoncé recorded ''about 80 songs'' for her surprise self-titled album, which she released earlier this month without any promotion. 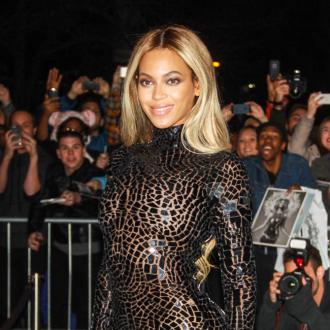 Beyoncé recorded ''about 80 songs'' for her surprise album.

The 32-year-old singer released her self-titled record earlier this month following a year of hard work, and she admits she had a hard job of whittling the tracks down to a selected amount.

Speaking in her Part 3 Run 'N Gun video chat on YouTube, she said: ''When I started picking the songs that I gravitated towards, because I recorded about 80 songs, it was the songs that were more effortless to me that stuck around.''

The album features a collaboration with her husband Jay Z - whom she shares two-year-old daughter Blue Ivy with - on the song 'Drunk in Love', and she believes the track worked well because they just had fun.

She explained: ''I kind of free-styled the verse, and Jay went in and he started flowing out his verse.

''We just kinda had a party. It was so great, because it wasn't about any ego, we weren't trying to make a hit record. we were just having fun. and I think you can hear that in the record.''

As well as 14 songs, the album also contains 17 videos and Beyoncé admits she had great fun shooting them because she didn't obsess with the planning and just went with the flow.

She said: ''['Drunk in Love' was the] most organic shoot I've ever done. I wanted to carry this idea of being in the moment and embracing mistakes and effortlessness into the videos. I wish every video was like 'Drunk'.