Jay Z and Diddy were joined by stars including Kevin Durant, Adrienne Bailon, Nicole Scherzinger and Ne-Yo at Sound Nightclub in Hollywood on Saturday at the official D'USSE pre-party for Jay Z's 'Legends of the Summer' tour. 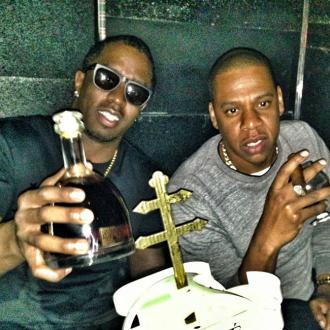 Jay Z and Diddy partied together in Los Angeles on Saturday (27.07.13), the night before Jay Z's concert at the Rose Bowl in Pasadena.

The rappers enjoyed a get together at Sound Nightclub in Hollywood with stars including Kevin Durant, Adrienne Bailon, Nicole Scherzinger and Ne-Yo at the official D'USSE pre-party for Jay Z's 'Legends of the Summer' tour with Justin Timberlake and Diddy was thrilled to be reunited with his close friend.

Despite having a gig the next day, Jay Z stayed at the club until 3am.

However, it didn't affect his performance at the concert, which scores of of celebrities, including Justin's wife Jessica Biel and Jay Z's spouse Beyonce Knowles attended.

Natalie Portman arrived with her husband, Benjamin Millepied, while Jessica Alba took to Instagram to share pictures of her night out with husband, Cash Warren, and pal Kelly Sawyer.

Robert Pattinson - who has been single since splitting from Kristen Stewart - was also spotted at the concert with singer Sia Furler.

Jay Z and Justin opened the show with 'Holy Grail' and concluded with a medley of 'Encore', 'SexyBack' and their collaboration 'Suit & Tie'.