Jay-Z and Justin Timberlake will preview their Legends of the Summer US tour with a special one off date at the Yahoo! Wireless festival in the UK. 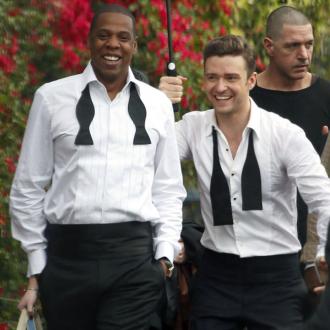 Jay-Z and Justin Timberlake will perform together at a newly announced third day of the Yahoo! Wireless festival.

The singer and the rapper will preview their Legends of the Summer US tour at a special one-off date in the UK, which will become the third day of the festival.

The announcement of the extra date fuels rumours both artists - who teamed up for Justin's recent comeback single 'Suit and Tie' - will appear in some capacity on all three nights.

The third day of Wireless is also shaping up to be hip-hop heavy as joining the line up are A Tribe Called Quest - who will make their first UK appearance for 20 years - Nas, A$AP Rocky and Rizzle Kicks.

Dennis Hone, Chief Executive of London Legacy Development Corporation, said: ''It's a credit to Queen Elizabeth Olympic Park that this year's Yahoo! Wireless Festival is the fastest selling in the event's history and we are delighted that both Justin Timberlake and Jay Z, will be performing a third date here in July with a preview of their Legends of the Summer Tour.''

Also confirmed to appear at the Yahoo! Wireless festival are Ke$ha, Wretch 32 and Conor Maynard on Friday, July 12, and Macklemore and Ryan Lewis, Flux Pavilion and Zedd on Saturday, July 13.

Tickets for the third day of the festival go on sale this Friday (12.03.13) from www.wirelessfestival.co.uk