Jay-Z has announced his new album 'Magna Carta Holy Grail' will be released on July 4 under a unique deal with Samsung. 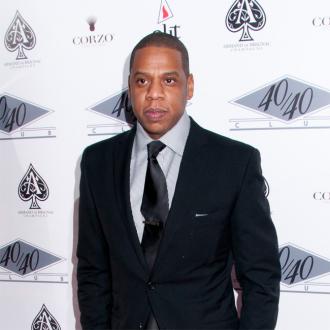 The 'Run This Town' rapper will release his twelfth studio album worldwide on July 4 in a unique new deal with mobile phone company Samsung.

Jay announced the new record in a three-minute commercial for Samsung, which aired on US TV last night (16.06.13) during the NBA basketball game between the Miami Heat and San Antonio Spurs.

In the clip, the rapper is seen recording new music in the studio with a slew of top collaborators including Pharrell Williams, Timbaland, Swizz Beats and Rick Rubin.

He says: ''The idea is to really finish the album and drop it. Giving it to the world at one time and letting them share it, and it goes out.''

The album will first be made available for free to one million lucky fans who own the Samsung Galaxy S III, Galaxy S 4 or Galaxy Note II.

The phone users will be able to download the record at 12.01am on July 4 through a special app on their mobile phones, while the album's general release will follow 72 hours later.

Commenting on the themes explored in his new music, Jay said: ''The album is about, like this duality of how do you navigate through this whole thing, through success, through failures, through all this and remain yourself.''