Jay-Z has credited a 16-year-old school girl for helping him to produce 'Crown' for his latest album 'Magna Carta Holy Grail.' 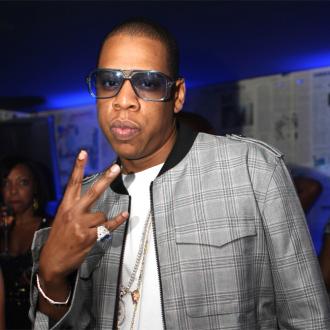 The 43-year-old rapper - who has worked with a string of high profile stars including Justin Timberlake and Pharrell Williams on the songs - decided to work with talented Ebony Oshunrinde after he was given one of her tracks by his friend Travis Scott.

The school girl - who is also known as Wondagurl - has only just finished 11th grade and she revealed she has received a lot of requests to work with her since appearing in the credits of the album.

She told The Sun newspaper: ''Its a really good feeling. I want to show young people that they can do it.

''Travis texted me and said, 'I'm about to change your life'. Usually, that doesn't happen to 16 year-olds. A lot more people want to work with me now. It's pretty cool.''

She helped produce 'Crown' on Jay-Z's latest album, which was released on July 4, and her name appears in the credits alongside Timbaland, Justin Timberlake, Beyonce and Pharrell.

Jay-Z's 'Magna Carta Holy Grail' is currently on display in Salisbury Cathedral next to a copy of the real landmark 13th Century document indicating the legal rights of English citizens.