Jay Z is a huge supporter of Muay Thai

Jay Z took Beyoncé to a Muay Thai fight in Phuket, Thailand, as he is eager to learn more about the sport. 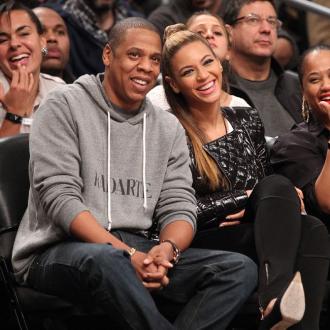 The 45-year-old rapper, who whisked his wife and daughter Blue Ivy, two, off on holiday to a $35 million property at the exclusive Amanpuri resort in the region for the festive season, and the 'Drunk in Love' hitmaker sat ringside at the Patong Boxing Stadium to watch a number of local fighters duke it out in the ring, as he is reportedly eager to learn more about the sport before one of his latest business ventures, Roc Nation Sports (RNS), takes it first step into the world of boxing with the debut of throne boxing in New York City next month.

A source said: ''Jay is a huge supporter of the sport. If there is an opportunity for him to attend a match while on vacation, absolutely he'll be there. Could he of been scouting new fighters? Who knows, it's certainly possible. Many of the fighters are not from America, they come from all over the world.''

The insider also told E! News: ''Boxing has always intrigued Jay. Jay always wants to break ground wherever he can, and he saw a chance to do this with RNS. They are sexifying the boxing experience, changing things up, never before has there been deejays and performers at a match, they're hoping to appeal to a broader audience.''

Meanwhile, the couple, who allegedly came close to ending their marriage earlier this year, seem to be ''very much in love'' while on holiday, according to an eyewitness.

The duo were seen frolicking in ''huge'' waves on the beach and relaxing with their daughter in recent days.