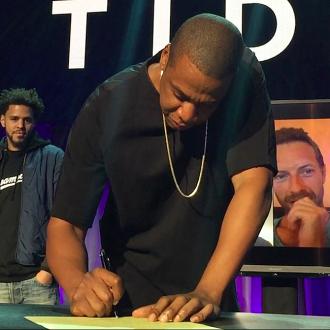 Jay Z has launched his own music streaming service alongside Rihanna and Nicki Minaj.

The 'Holy Grail' hitmaker acquired Tidal earlier this month and confirmed at yesterday's (30.03.15) launch party that it will be the home to streamed music from no less than 16 top artists - who will also partly-own the service - including Beyonce, Kanye West, Coldplay and Madonna.

Speaking to Billboard magazine at the event, he said: ''People are not respecting the music, and devaluing what it really means.

''People really feel like music is free, but will pay $6 for water. You can drink water free out of the tap and it's good water. But they're OK paying for it. It's just the mindset right now.''

Alicia Keys - who was on hand to support the world's first artist-owned streaming service - spoke to the packed New York crowd about the importance of ''preserving'' music.

She said: ''Our mission goes beyond commerce, it goes beyond technology. Our intent is to preserve music's importance in our lives.

''Music is the language of love, of laughter, of heartbreak, of mystery. It's the world's true, true, without question, universal language.''

Like its main rival Spotify, the service will be a subscription-based.