Jay Z found it easy setting up Roc Nation after learning about the brutal side of business from illegally dealing drugs on the street. 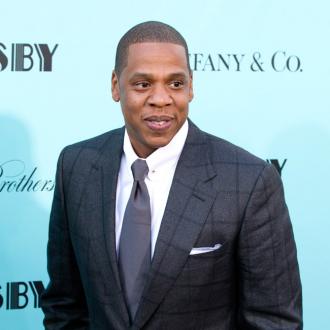 The hip-hop mogul found it easy to set up his Roc Nation record label and build a musical empire because he already had years of experience illegally selling crack on the streets of Brooklyn in New York City.

The 43-year-old reformed family man - who has 20-month-old daughter Blue Ivy with his wife Beyonce - wishes he had got out of the drug scene earlier and thought about the big picture instead of focusing on the instant cash.

Jay Z added: ''Not until later [did I have regrets], when I realised the effects on the community. I started looking at the community on the whole, but in the beginning, no.

The music mogul is reported to have raked in $42 million in the past year, adding to a net worth of about $475 million, a far cry from his original ''exit strategy'' of setting up a barbershop.

Jay added: ''If you want to start some sort of barbershop or carwash - those were the businesses back then. Things you can get in easily to get out of [that] life.

''You have to have an exit strategy, because your window [for dealing drugs] is very small. You're going to get locked up or you're going to die.''