Jay Z reportedly dislikes living in Los Angeles as he is further away from his ''crew'' and his business friends. 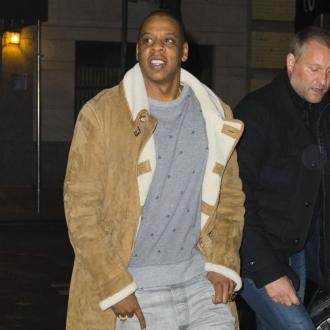 The 45-year-old rapper relocated to Holmby Hills from New York City in February with wife Beyoncé and their three-year-old daughter, Blue Ivy, but is said to be miserable in California.

A source told Life & Style magazine: ''[Beyoncé] has fallen in love with her new LA lifestyle. But Jay hates it.

''His crew isn't around and he doesn't have as many business contacts there, so he's mostly on Skype with his people in New York and video-conferencing super early in the morning.

It was previously claimed the couple's friend Gwyneth Paltrow was instrumental in their decision to move, as the 'Iron Man 3' star advised it would be a better place to raise a family.

A source said: ''Beyoncé and Jay Z are making LA their permanent home based a lot on the advice of their friends. The friend that really influenced them to move was Gwyneth Paltrow.

''Gwyneth was telling Jay and Bey about the quality of life for her kids in LA and really swayed Beyoncé and Jay to make the move. It's all for Blue Ivy.''