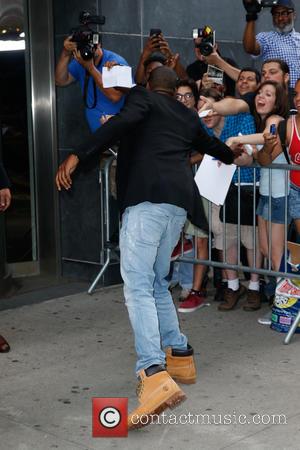 The late MC famously took aim at a young Jay Z on the song Bomb First (My Second Reply), which featured on The Don Killuminati: The 7 Day Theory album in 1996, and the New York native wasted no time in recording a response.

However, according to Jay Z's longtime collaborator DJ Clark Kent, the tune was only heard publicly once - and then never played again out of respect for Shakur, who was killed following a drive-by shooting in Las Vegas in September, 1996.

During an appearance on the podcast A Waste of Time, the producer explains, "Jay did a record going at Pac, but right as it was about to come out son (Pac) died. We performed it though. You have to understand the chip on Jay's shoulder is so crazy. It's just like he had to perform it."

Kent claims the song attack would have blown fans away and would likely have spelled the end of 2Pac's career.

He continues, "We was (sic) at The Apollo (in New York). It was scathing. Crowds were like,'Oh, s**t.' It was super hard. If he was alive there would have been no coming back."