Jay-Z hits back at critics of his trip to Cuba in new track 'Open Letter'. 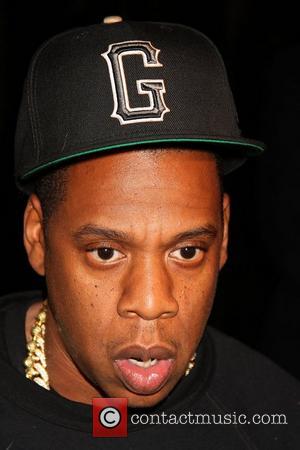 Jay-Z released new track 'Open Letter' on Thursday (April 11, 2013), on which he raps about his recent trip to Cuba with superstar wife Beyonce. On it, the mogul says that President Barack Obama told him he'd get "impeached" for the trip, rapping, "Boy from the hood, I got White House clearance. Politicians never did s*it- for me except lie to me, distort history. They wanna give me jail time and a fine. Fine, let me commit a real crime."

He later raps, "Hear the freedom in my speech. Obama said, 'Chill you gonna get me impeached. You don't need this sh*t anyway, chill with me on the beach." The power couple ran into criticism from Senator Marco Rubio and Republicans Mario Diaz-Balart and Ileana Ros-Lehtinen for taking a trip to the communist island. American policy restricts travel to Cuba unless approved by the government. "I'm in Cuba, I love Cubans. This communist talk is so confusing," Jay-Z sings later in the track, which is produced by Timbaland and Swizz Beatz. He later references the Bob Dylan song 'Idiot Wind', rapping, "Idiot Wind,' the Bob Dylan of rap music. You're an idiot, baby, you should've become a student. Oh, you gonna learn today."

The U.S. Treasury Department told website POLITICO on Wednesday that while the White House approved the trip's organizers journey to Cuba as part of a cultural learning experience, they were unaware Jay-Z and Beyonce would be attending as it is policy for organizers to provide a list of travellers.