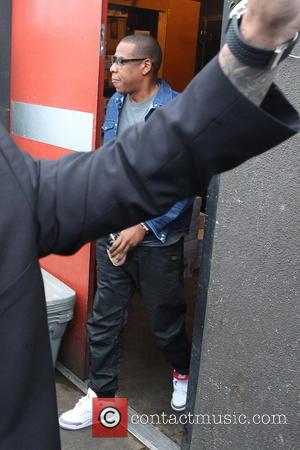 Does Jay Z ever find time to sleep? As if collaborating with Justin Timberlake, preparing for a joint tour (also with JT) and being daddy to Blue Ivy Carter wasn’t enough, it’s now been announced, via a press release (reported by Reuters) that Jay Z has been collaborating for two years with Baz Luhrmann, on the soundtrack to

Luhrmann’s adaptation of F Scott Fitzgerald’s novel The Great Gatsby. Luhrmann’s ambitious project aims to combine the feel of the Jazz Age with the edge of contemporary culture and Jay Z was brought in to add that clarity of vision to the soundtrack, along with the composer Craig Armstrong. Having been introduced to Luhrmann by Leonardo Dicaprio, who stars in the movie, Jay Z commented “As soon as I spoke with Baz and Leonardo, I knew this was the right project. The Great Gatsby is that classic American story of one`s introduction to extravagance, decadence and illusion. It`s ripe for experimentation and ready to be interpreted with a modern twist.” Luhrmann aso commented on the collaboration, describing it as a “credible and natural fit.” He added “the question for me in approaching Gatsby was how to elicit from our audience the same level of excitement and pop-cultural immediacy toward the world that Fitzgerald did for his audience? And in our age, the energy of jazz is caught in the energy of hip-hop. Not only is JAY Z a great artist, full stop, but I had heard that he was a great collaborator.”

The soundtrack album, which stemmed from Luhrmann and DiCaprio witnessing a recording session for ‘No Church in the Wild,’ will be released by Interscope Records. Jay Z took the lead on The Great Gatsby Soundtrack