What Really Happened With Jay-Z and Timbaland During 'Blueprint' Recording?

Jay-Z's latest album 'Magna Carta Holy Grail' has stormed to the top of the Billboard chart, though could it have been different had Hova not reconciled with Timbaland? 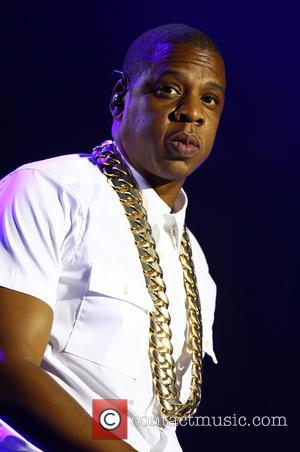 Jay-Z has finally explained why he and superstar producer Timbaland fell out during the making of the rapper's 2009 album The Blueprint 3.'The pair were believed to have feuded towards the end of the process, though Jay has never broken his silence on the issue - until now.

The two have since reconciled, with Timbaland producing the bulk of Jay-Z's Billboard topping album Magna Carta Holy Grail, though all was not well four years back.

During an in-depth chat with BBC Radio 1's Zane Lowe, Jay-Z hinted that Timbaland was unable to put his ego aside to make Blueprint. He said: "The fall-out happened at the end of that album. A couple of songs was getting leaked and they were his songs, and it just ruined the whole process. Kanye, who was executive producer of 'Blueprint 3' was like, lets get Tim, let's bring Tim in, and we were all inviting of him and he just wasn't accepting of the process.

"It seemed like it was more about him than the actual album. When you go and make an album, you have to put all ego aside. he wasn't accepting of that thing and that was almost the last straw type of thing, and we just went our separate ways," he said.

The duo - a considerable force as collaborators - made up and reconciled in time for Jay-Z's latest album. "...he came back, I'd seen a new Timbaland, he had this maturity and this growth and I was like, 'oh, ok, this is gonna work out'," said Jay-Z.

Elsewhere in the interview, the rapper explained how it was always the plan to make solo albums following his and Kanye West's collaborative album 'Watch the Throne.' The rapper played Kanye two songs 'Holy Grail' and 'Oceans,' and insisted they were to be saved for 'Magna Carta."

"He was like, No, those have to go on 'Watch The Throne'! So we spent four days arguing about those records and I was explaining to him why it wasn't right for this project. Not like fighting, well, there was pushing at some point but not between us - just everyone else got a little bit excited," said Jay-Z.