Hip-hop Stars Jay Z And Timbaland Have Emerged Victorious In A Copyright Battle Over A Sample Used In Their 1999 Hit Big Pimpin'. 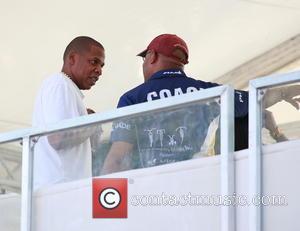 Osama Ahmed Fahmy filed suit against the pair in 2007, accusing them of lifting the melody from his uncle Baligh Hamdi's 1957 Egyptian song Khosara Khosara without permission.

The defendants denied the allegations and the trial kicked off in a Los Angeles court last week (13Oct15), when Jay Z took the witness stand and admitted he initially had no idea the track included an old sample.

He explained he believed Timbaland had obtained the licence from label bosses at EMI Arabia, who in turn had a deal in place with bosses at Egyptian firm Sout El Phan, who previously co-owned the copyright to Khosara, Khosara. He pointed out the liner credits for Khosara Khosara on one of his old CDs, while their attorneys also insisted Hamdi's heirs had received repeated payments for the sampling of his track.

On Wednesday (21Oct15), U.S. District Court Judge Christina Snyder ruled in the stars' favour, declaring Fahmy lacked the legal standing to pursue his copyright claim, according to The Hollywood Reporter.

Announcing her verdict, she told the court, "It will not be necessary to submit to the jury whether Big Pimpin' infringed Khosara, Khosara."

A statement issued by defence attorney Christine Lepera after the hearing reads: "We and our clients obviously are very pleased with this decision. The court correctly ruled that the plaintiff had no right to bring this case and cannot pursue any claim of infringement in connection with Big Pimpin' whatsoever."

Her co-counsel David Steinberg adds, "After a lengthy litigation, Defendants have been vindicated in their position that they have every right to exploit Big Pimpin' wherever they choose, including in records, films and concerts."

The plaintiff's lawyer has vowed to appeal. He had been seeking actual damages and profits as well as an injunction preventing Jay Z's gig promoters at Live Nation from promoting, producing or facilitating any live performance of Big Pimpin'.