No Sleep Till Brooklyn: MTV VMA's Heading To Barclays Center

The MTV Video Music Awards are set to be held in Brooklyn for the very first time. 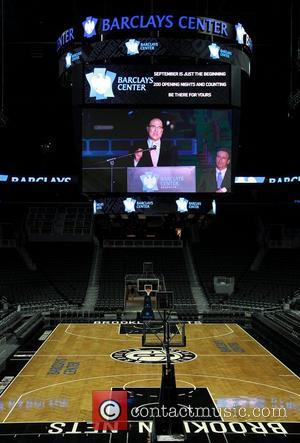 The 30th annual MTV Video Music Awards will be broadcast live from the Barclays Center in Brooklyn on August 25, 2013. To announce the news, MTV released eight photos featuring the Moonman in various locations on the network's official Instagram and Twitter accounts, documenting his journey from last year's location at the Los Angeles Staples Center to the new venue in Brooklyn, which has played host to concerts from the likes of The Rolling Stones and Jay-Z since opening last year.

The VMAs - one of the most popular televised shows on MTV's calendar - have been broadcast from various venues in Los Angeles, New York, Miami and Las Vegas since it first began in 1984, though Brooklyn will be a first. "From a vibrant musical scene for up-and-coming artists to epic concerts by today's biggest stars and the triumphant return of pro sports to the borough after nearly 60 years, Brooklyn has re-emerged as a cultural capital where music, sports and entertainment history is made every day," MTV president Stephen Friedman said in a statement.

Though Brooklynites have always spoken up for the borough's cultural importance, those less familiar with the area have certainly had to listen in recent years, especially after TV shows like Bored To Death and Girls, and bands like Grizzly Bear and The National. "Brooklyn is home to icons like the Cyclone in Coney Island and the Brooklyn Bridge, and now it can lay claim to the MTV Video Music Awards," said New York Mayor Michael Bloomberg in a statement. "Bringing the VMAs to Brooklyn will mean hundreds of jobs as crews work on the production and provide a boost to our local economy as attendees stay in hotels, visit local eateries and experience all Brooklyn and our city have to offer."

The multi-purpose Barclays Center opened in September 2012 and is home to the NBA's relocated Brooklyn Nets, part owned by Jay-Z. Beyonce and Rihanna are set to play shows there this year.