Jay-Z is the ''best dad'' to his 11-month-old daughter Blue Ivy Carter and friends are amazed at how ''gooey'' he is around the little girl. 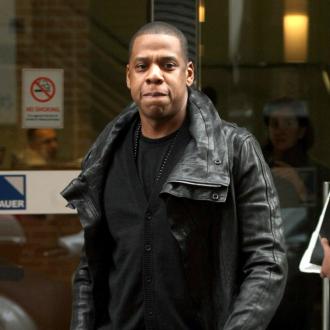 Jay-Z's friends are surprised by how ''gooey'' he is around his daughter.

The rapper and wife Beyonce welcomed their first child Blue Ivy into the world 11 months ago and friends say he is completely smitten with the tot.

A source told Life & Style magazine: ''Jay is the best dad. Everyone knew he was going to be in love with the baby but his friends were shocked by how gooey he got when he became a father.''

Jay - who had a troubled, underprivileged upbringing - recently said he doesn't want his daughter to be ''tough'' and instead hopes she grows to be a loving, respectful person.

He said: ''She doesn't have to be tough. She has to love herself, she has to know who she is, she has to be respectful, and be a moral person.''

Talking about his youth in New York, Jay - born Shawn Carter - said he was often beaten up by his elder sibling, Eric, but has no hard feelings as he felt it was necessary to teach him to survive on the streets.