An interview with Jazzy Jeff at Suncebeat 2016

Headlining the main stage at Suncebeat 7 in Croatia was the magnificent DJ Jazzy Jeff! Having played many great sets at Southport Weekender, this was a great draw for the Suncebeat crowd. His work in the music industry is first class, having produced great artists such as Jill Scott, The Roots, Floetry and Musiq Soulchild. His pioneering contribution to DJing is significant and meeting this Grammy Award winner was a real honour. Contactmusic spoke to Jazz before his set that night.

What's your inspiration right now?
I'm getting a lot of inspiration from the youth. I'm not really one of those people set a certain way. Anytime I hear any kind of sound that is different, that makes me react, I'm drawn to it and I want to investigate it. I want to find out what's going on! I think it's a really good time in music as there's a lot of people being very experimental willing to try new things and it's kinda helping the culture expand. I feel it's not as super controlled by the industry as it was, now it's a guy in a bedroom coming up with something, sometimes accidentally, can change the music landscape, so I'm excited.

Is there anyone that comes to mind that you can share with us?
There's way too many! I mean it's really confusing for me as I listen to so much and so many different styles of music. I really like Anderson Paak who's like no other to me at the moment. It's funny 'cause I was talking to Louie Vega today and a lot of young guys are borrowing stuff that we did in the past and it makes a great connection between them and you. As much as we can show them where the origin came from, they give us a lot of courage and wisdom to jump onboard to what's going on today.
And sometimes unfortunately a lot of time we aren't around to see that, but we are now. Chatting to Louie, we commented how we just watched this turn completely around and you're still at the forefront of it and it's great!

So with regards to discovering these acts is that through SoundCloud, Youtube?
Everything, SoundCloud Youtube, I still go record hunting, I found word of mouth is really, really good. If you know anyone who loves music, ask them what are they listening to right now, 9 times out of 10 they're going to turn you onto something. I have a 16 year old son who is so immersed in music, he sends me new music every week and he will call me and say 'Pop you're trippin!' I'll listen again and go 'gosh this is the most incredible thing in the world' so, I love receiving music from a million places.

I am not afraid of hearing something someone plays and asking them if I can get a copy of it and I'm also very forthright in sharing what I have. You never know what you're going to hear. Every time I go away I come back with a bunch of new music that I discovered from people giving me stuff or just hearing stuff.

So how about the production levels these days, like MP3 for example?
I like some of it and I don't like some of it. I love the fact that people are creating things on their own, but there's a side of that I don't like. With the records I made in the past, there were always a bunch of us in the room collaborating, rather than one person. These days I try take the technology aspect of it but I still want heads in the room, I want a bunch of ideas thrown in the pot, as that's where those classic songs came from.

Can you still do that online?
I love the idea of people in the room and I love the idea of being able to send stuff to other people, so if I've got a guy in LA and I can send something straight away to him and they can send it straight back, that's great! However that doesn't mean he stays in LA and I stay in Philly, at some point in time we all get together.
In January I started having these sessions where I get a bunch of producers, musicians and singers from all over the world and we all just meet in a room for like 2 weeks. We cook food, we talk and we make music, and I didn't know what to make of the first one, we ended up with about 19 hours of music, which we didn't expect; it was non-stop! We can communicate online all day, but we need to have those room sessions as well.

In terms of Hip Hop and R'n'b, what do you think of the progression of that right now?
I love it, I don't love the commercial aspect of it though, if you just listen to that part, you'd think it was horrible! Unfortunately, especially in the States, the radio plays the same thing, however, if you start searching around there's much to be found. Like I said, I love Anderson Paak but you don't hear him on the radio, but all his shows are sold out. To me, that just means that word of mouth in music is working. I just wish that would translate to the radio, people say there's no good music but they're just looking in the wrong pot.

Do you ever reflect on your own contributions at all?
No, I'm actually a little bit scared to think about the past, I'm so immersed in what I'm doing now and that's not that I don't appreciate it at all, I just don't like looking backwards or reflecting on things I've done, because I feel when you take time to do that it means you've stopped and I don't want to do that, I want to keep going! I'll have enough time to stop when I've stopped!

As a DJ are you still practising to the level when you first started?
I felt myself practising more now than I have in a long time and I don't know why, I just think there's a certain amount of it that's second nature, but you always need to train, keeping your timing up, I really enjoy crafting sets that sound like you didn't do it live and that's one of the things I get a kick out of. I like bringing a production element to it, playing 2 or 3 things at the same time, how you transition one thing to another, always throwing that inevitable curve ball that no one expected you to play, so I think I train more with that these days.

Are you using Ableton or anything like that live?
Not live, but definitely in the studio. I love the fact on the plane I can sort out some sets or tracks, if there's something I want to do, I can make it before the set and that's the technology part I really get a kick out of. You know hearing something or hearing somebody play something and it's like I want to play that, but I needed to have 8 bars in the beginning, so I can make that and incorporate it into my set. I love that.

How about the Fresh Prince of Bel Air, it was such a big influence to so many people, working with Will Smith, what was that like?
You know what, you don't feel it when you're in it! We never realised how big it was when you're in it. I've always said playing in front of twenty thousand people is a lot bigger than television to me, because you don't see the ten million people watching, you only see the 200 people in the audience. I think if at the time my brain had paid attention to how many people were watching I would have freaked out! But I'm like there's only 200 people in here, so you don't understand the reach at the time. Everyone on the show didn't really realise that we were creating a cultural phenomenon.

The Fresh Prince handshake was a greeting that one of our tour dancers used to do amongst the crew, and we just decided to do it on the show, and we just didn't realise it was going to turn into something like that. You never know, but you definitely sit back, scratch your head and go wow! It went that far!

So Musiq Soulchild, Floetry, Jill Scott, The Roots, will you be working with them anytime soon?
I don't know. I'm in the process of doing another record. That was my goal when we did those sessions. Actually the 19 hours of music we created pushed me further away from the record, because it was so much music, in fact my head felt like it could explode due to all the different genres of music! I needed to pull back for a second and listen. I think that it's important that when you have a concept and want to something, you get a load of heads in the room, bang it out in a week, chop it up and put it out! I'm almost 85% done. I started working on a Brazillian influenced project, maybe about 5 years ago, I have 25 songs for it. So really I'm just taking time in the studio and that's the part that I love. I don't have a set schedule or set of people that I want to work with. I love being spontaneous.

Other than your new record, what's next for Jazzy Jeff, film or TV soundtracks maybe?
Not yet, I think the music part will all work itself out, I'm not hurting for creativity right now thank God, I'm very comfortable about where everything is now. It's great that I can make music when I want to, I love being able to make music and travel and meet people who love music. I don't really have a lot of other wants, it's almost like I don't need anything else, so I don't want anything else; it's great and I feel truly blessed. 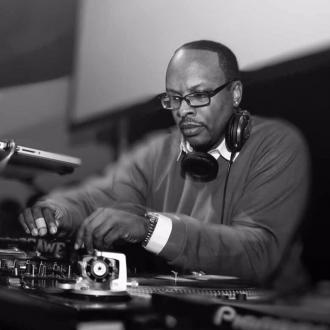