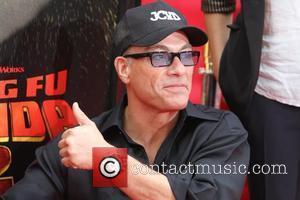 Hollywood star Jean-Claude Van Damme narrowly avoided injury after driving his car into a canal in his native Belgium.
The accident is said to have occurred after a night out and the 50-year-old actor reportedly attempted to haul the vehicle out of the water himself, before asking security staff at a local nightclub to lend a hand, according to Britain's The Sun.
Van Damme is said to have caused the crash by accidentally putting the car into first gear instead of reverse.
A spokesman for the nightclub in Willebroek, Belgium, says, "He'd had a drink, but wasn't drunk."