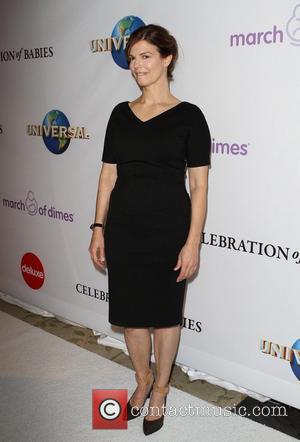 Jeanne Tripplehorn has joined the cast of the CBS drama Criminal Minds, according to Deadline.com. The Basic Instinct actress has been signed on as a regular cast member on the show, which has been running since 2005. The article suggests that she has signed on for a year, initially, with an option to extend the contract for a second, if it turns out to be a successful career move for the 49 year-old actress.
Her part on Criminal Minds will be that of an Fbi profiler, though the details of her character's role are still in the developmental process, according to the show's executive producer Erica Messer. "We're thrilled to have Jeanne Tripplehorn join our team as a profiler," said Messer, adding that her addition to the cast was an exciting way to start the programme's eighth season. It is thought that Tripplehorn has landed a six-figure salary for her work on the show. Tripplehorn is the latest in a line of big name actors to sign for Cbs crime dramas, with Laurence Fishburne, Elisabeth Shue and Ted Danson all signing up for Csi recently.
In addition to the Criminal Minds deal, Tripplehorn has also sealed a contract with Cbs and Cbs TV Studios to develop a comedy series for her. This comes off the back of her five year stint on the HBO drama Big Love and her recent appearances on Fox's New Girl, alongside Zooey Deschanel, in which Tripplehorn tried her hand at comic acting.

"Mickey Blue Eyes" is one of those movies that wouldn't last 20 minutes if the...