Jeff Bridges says his 33-year marriage to Susan Geston gets even better as they get older. 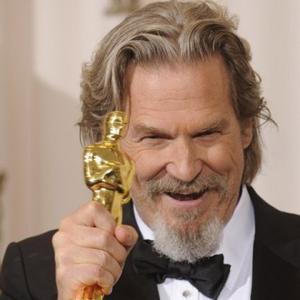 The 61-year-old actor thought his union with Susan Geston - who he wed in 1977 - would grow less passionate as they got older and was pleasantly surprised to find their difficulties have only made them stronger.

He said: "What I didn't count on with this whole marriage thing was that The Passion, the Sparks - it gets better! I was thinking it was going to go the other way, but it gets cooler and hotter all at the same time."

"I think one of the things about staying married is just not getting a divorce. To go through some of those difficult times and stay together, you've got to expand your concept of love.

"If you've been married a long time, you're going to get tested."

However, the 'Tron: Legacy' star did admit the marriage may involve more perseverance from his wife than from him because he can be selfish.

He told Britain's Elle magazine: "I look at what my wife has to put up with and she's got to be more forgiving. She puts up with me, you know?

"Me saying I put up with her doesn't even fit in my mouth. I'm a pretty selfish cat. Self-involved. I get pretty swept up in my own trip."